I am excited to share some step-by-step process for my new piece, "The Asset", part of the Guillermo del Toro art show - "IN THE NAME OF THE MONSTER, THE ROBOT, AND THE BLEEDING GHOST" - Curated by Chogrin at Gallery Nucleus. 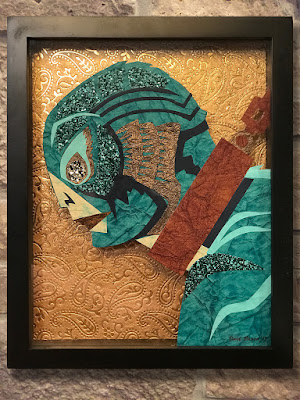 Having just come off a visual high from seeing "The Shape of Water", I knew that the amphibian man was going to be my subject for this tribute show. Exploring the design of the creature was what I first started with - and in my sketches I was toying with boxing him into a cage with geometric shapes. Seemed appropriate alongside that thick chain neck-leash they placed this poor creature into. 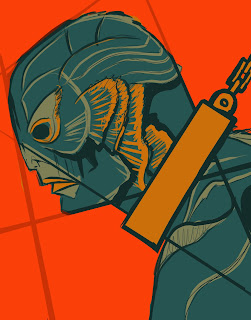 At this point I'm thinking either digital or acrylics - but after a while of pondering (or was it procrastinating), I was excited to try this out in paper form. After an successful excursion for supplies, I felt even more stoked to move forward with paper. I printed out a line only image from my Procreate sketch and planned it's use as shape templates. 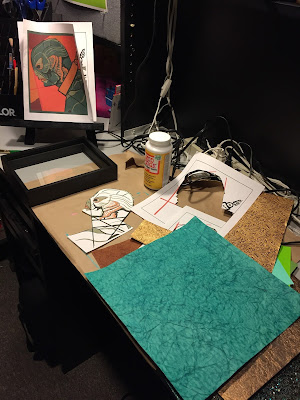 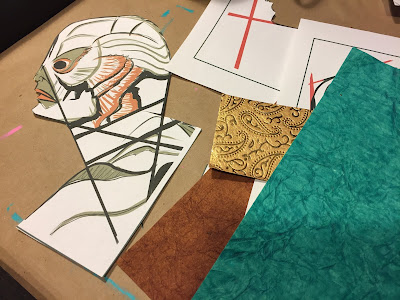 The main "skin" is a textured cyan paper - which worked out really well as the amphibian man's base tone and texture. 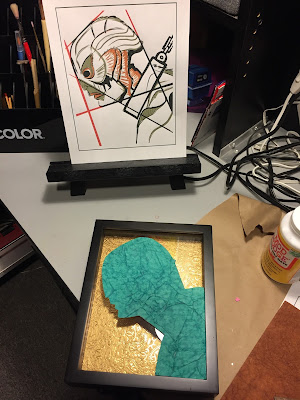 Using the line art as a template, I cut out the main shapes and used Mod Podge to glue the base layer to a thick card layer. as a precaution and to keep the layer stiff, I secured wood to the back of the card so that it would prevent curling. 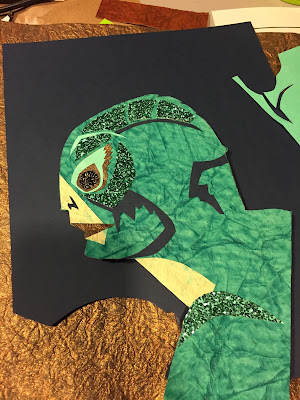 A combination of flat and other textures, the additional layers are glued on one by one. The shimmery ones were left at the topmost layer since they were sketchy at best in terms of a layer that could be covered. I reserved those layers for the eye and some shimmery scales pieces. 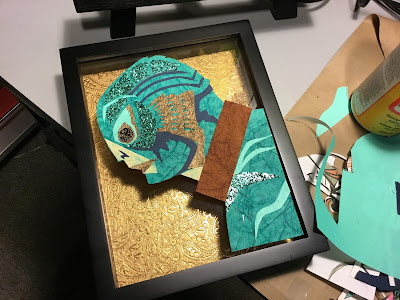 I abandoned the background geometry idea for s single golden pattern. I did try a few attempts, but in the end I felt that the interest of the creature itself was enough, and other background shapes were not really needed. I had a palette that included much more orange, which gold replaced and provided a regal feel for the creature.  The underside of the creature art was separated from the background with a thick foam block. I was encouraged by how well it all came together - I have a great respect for folks who make this look easy! And...off to LA it goes!!! 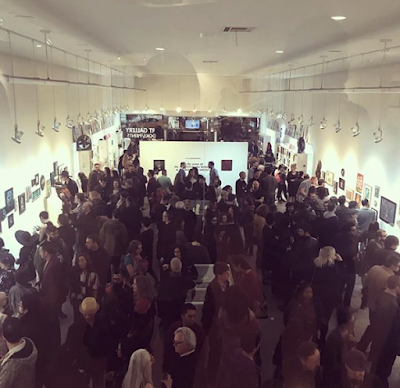 Living in Chicago, I can only experience most shows through social media. This opening proved to be a very special one - attracting crowd of Guillermo Del Toro enthusiasts! So honored to be invited to participate in this show! Thanks to everyone who posted pics on Instagram - you make me feel like I'm there! Image credits - Al Ortega and Winifred 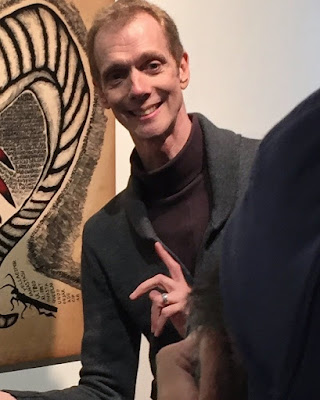 Doug Jones - the Amphibian Man himself - made an appearance and was extremely gracious at the show opening. Image credit - Galley Nucleus on Twitter.

The show runs January 13-28 2018, and if you are not in the Los Angeles area, you can see all the pieces online. Some rediculously stunning work!

Great for sharing such a informative blog with us. We also allow information about India VPS so anyone interested visit this link. 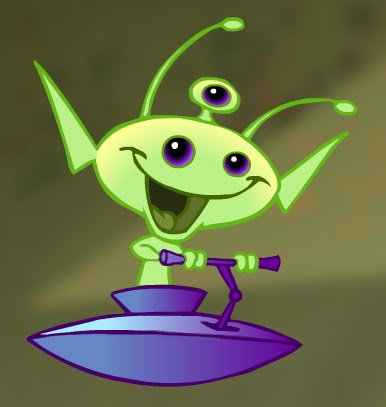 People I Think Are Cool

Master of One Podcast 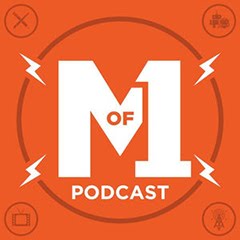 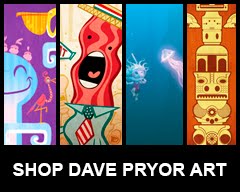 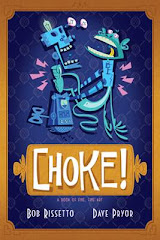 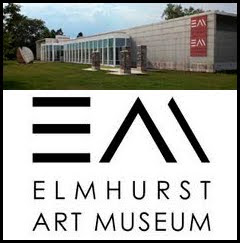